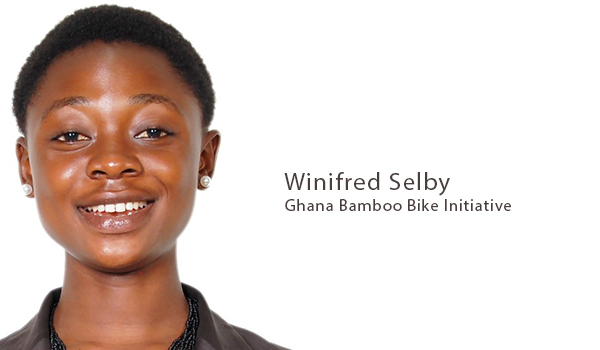 A young Ghanaian entrepreneur, Winifred Selby, co-started Ghana Bamboo Bikes Initiative when she was just 15. The award winning company makes bicycles out of bamboo and has caught the attention of global organisations. This is what she had to say about what motivated her.

Her answer? She was fed-up. Whilst at school Selby discovered a number of things about Ghana, and the continent in general, that deeply upset her.

“I always say Africans are the richest… there are so many things we have and can add value to make a change. But Africans always seem to think they cannot do something extraordinary, but rather only people from foreign countries can,” she said sternly. 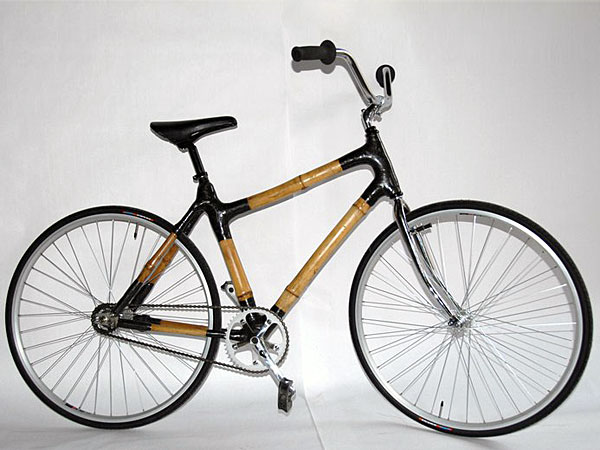 “It’s so sad and so serious that a common toothpick in my country has to be imported from other countries. We don’t do it ourselves because we look down on ourselves… We think foreigners are the people to make changes. It’s something that pains me because we have been blessed with so many things.”

She also realised there was demand for an affordable mode of transport in her country after learning many students in Ghana have to walk miles to get to school.

She realised farmers faced a similar challenge and often had to walk great distances carrying heavy loads to get produce to markets, due to a lack of transportation in agricultural areas. And in addition there is the high unemployment levels and the reality that Ghana needs many more growing businesses and entrepreneurs to provide much needed jobs. All of these things frustrated Selby, and she desperately wanted to be part of as many solutions as possible.

“But I was 15, a student, and didn’t have any money. I can’t make cars – they are too expensive. But I kept thinking, what can I do to add value to bring a change in Africa? And then I realised what to do because I [remembered] my country is blessed with many things.”

One is bamboo – which Ghana has an abundance of. And it wasn’t long before she – with the help of two older students, Bernice Dapaah and Kwame Kyei – discovered they could convert the bamboo into sturdy, shock-resistant bicycle frames.

And so the Ghana Bamboo Bikes Initiative was born.

The aim was to address both the transportation needs and unemployment problems in her community. Five years later the company employs around a dozen people full-time, produces between 60 and 100 bicycles a month, and has provided hundreds with a form of transport.

What is more, the bikes have found a large export market and received some international recognition. In November 2013 UN Secretary General Ban Ki Moon took a spin on one of Selby’s bikes at the Warsaw Climate Change Conference.

And Selby, who has now just turned 20, is also no stranger to media attention and has received a number of accolades. Last year she was named a 2014 Anzisha Prize finalist, an award for African entrepreneurs between 15 and 22 who use entrepreneurship to solve problems in their communities. She has also been recognised as a 2014 Set Africa Fellow, and WEF Global Shaper.

Today, one of the company’s major challenges is keeping up with demand.

Being stubborn and ignoring the critics

Selby said one of the reasons there are not enough young Africans venturing into entrepreneurship is because they are often discouraged by others. And as a woman entrepreneur she has especially found this to be the case many times.

For example, when she and her partners first went to register her company, the officer handling the paperwork asked her about her initiative. But when she told him she planned to add value to bamboo by manufacturing bicycles, she was shocked by his response.

“He looked at me and said: ‘Young lady, are you sure you have the right frame of mind?’,” she recalled.

“I was thinking he was going to motivate me. But he really [tried to] discourage me instantly… as if thinking that turning bamboo into bicycles was the work of men.” However, she believes it is important for entrepreneurs to draw inspiration and courage from their own dreams and passions, rather than simply rely on the support of others.

“There were so many friends who laughed when they heard about the bamboo bike idea. Some people will definitely discourage you, but one thing I’ve realised in life is that you have to be focused,” she added.

“People never understand your journey because it is not theirs to understand.”

Originally posted: Why a 15 year old decided to build bikes from bamboo in Ghana