Number Of ‘Muslim’ Children In Britain Doubles In A Decade 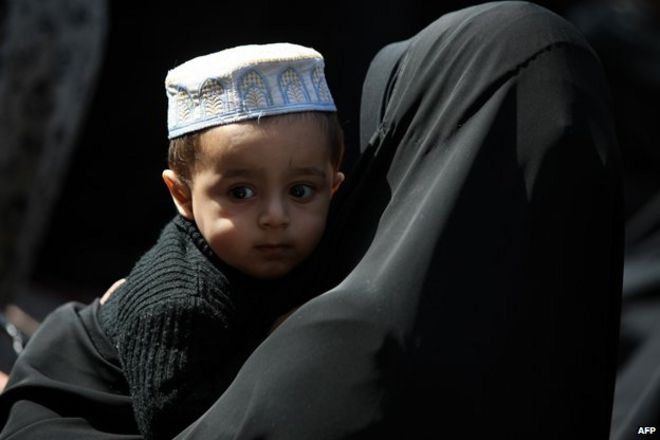 Landmark study shows number of children under five being brought up as Muslim rose 80 per cent in a decade while three quarters of Muslims in UK identify themselves solely as British.

The number of children growing up as Muslims in the UK has almost doubled in a decade in what experts have described as an “unprecedented” shift in Britain’s social make-up.

One in 12 schoolchildren in England and Wales are now officially classed as Muslim after a decade which saw the number of followers of Islam surge by just over 1.1 million, according to the most detailed study of its kind ever published.

The report, presented to Parliament, concludes that Muslims could play a decisive role in the coming general election, expected to be the closest in recent times, making up a significant share of voters in some of the most marginal seats in the country.

But the study of official census data by the Muslim Council of Britain also concludes that the Muslim population will continue expanding for “many decades” to come – something experts said could transform everything from social attitudes to foreign policy.

Although immigration has driven growth in the past, it is the dramatically younger age profile of the Muslim population which could have the biggest impact in the future.

At a time when the wider population is ageing rapidly, half of British Muslims are under the age of 25 and a third are under 15.

Overall 2.7 million people living in England and Wales on census day in 2011 – and another 81,000 across Scotland and Northern Ireland – described themselves as Muslim.

Among children under the age of five the rate of increase was more than 80 per cent.

Strikingly, although just over half of Muslims living in Britain were born abroad, almost three quarters identifed themselves exclusively as British in the census.

Significantly, Muslims make up more than a fifth of the population in 26 parliamentary constituencies and around 50 per cent in some areas. There are also 70 council wards with a Muslim population of 40 per cent or more.

The report paints a picture of growing integration in many areas but stark challenges in others.

Muslims are around twice as likely to be unemployed or homeless and almost a third of members of some communities have little or no English – a trait most marked among older people and new arrivals.

But the proportion of Muslims with no formal qualifications has plummeted in the last decade – although it remains just above average at 26 per cent.

The report warns against “alarmist” interpretations of the rise adding: “A section of the society comprising one in 20 of persons in the overall population can hardly ‘take over’.”

But Prof David Voas, director of the Institute for Social and Economic Research based at Essex University, said: “In terms of ethnic-religious minority groups expanding I think this is probably unprecedented.

“Even if immigration stopped tomorrow it is clear that in due course by the middle of this century or a bit later, 10 per cent of the population of Britain will be of Muslim heritage.”

He said that is likely to change political decisions and social attitudes on both a local and national level.

“You could see the effect with local authorities making accommodation with swimming baths where there are women-only swimming periods,” he said.

“It would start off with being relatively small but you could just imagine a situation where a more socially conservative view that might be conducive to Muslims might tip the balance.”

He said it was noticeable that while younger Muslims identify more closely with Britain than their parents’ generation, many have also simultaneously turned towards their faith for a sense of identity.

Prof Anthony Heath, the Oxford University sociologist, said: “We shouldn’t be alarmist, the majority of younger Muslims are talking advantage of British educational opportunities, they are going to university in pretty high numbers, we are finding higher levels of gender equality.

“But there is no point beating about the bush about sympathy for Isis and extremist movements although that is a tiny minority – a very worrying minority.

“It shouldn’t distract [from the fact] that the average is showing a greater integration and a greater commitment to Britain.”

Dr Shuja Shafi, Secretary General of the Muslim Council of Britain, said: “Many things have been said about Muslims but rarely on an empirical basis.

“This report shows the successes in our community but also highlights the many challenges we face.

“The data provides a basis for a discussion within the community and poses some serious policy issues for the Government.”

Nick Clegg, the Deputy Prime Minister, said: “What is not in doubt is that British Muslims can be proud of the contribution they make to our country.”

Originally posted: Number of ‘Muslim’ children in Britain doubles in a decade