“Our happiest and most flourishing days were under the Moors, no doubt about it.” This is what a Seville resident told us after agreeing to take us to the city’s cathedral. Even with the aid of a map, getting lost in the tangled maze of narrow alleys seemed inevitable. Luckily, we discovered, this is also the best way to take in the city: wandering without a map, unearthing its history and art and enjoying the romance of Moorish tradition. Getting lost is only one component of the experience, and a mandatory one at that. 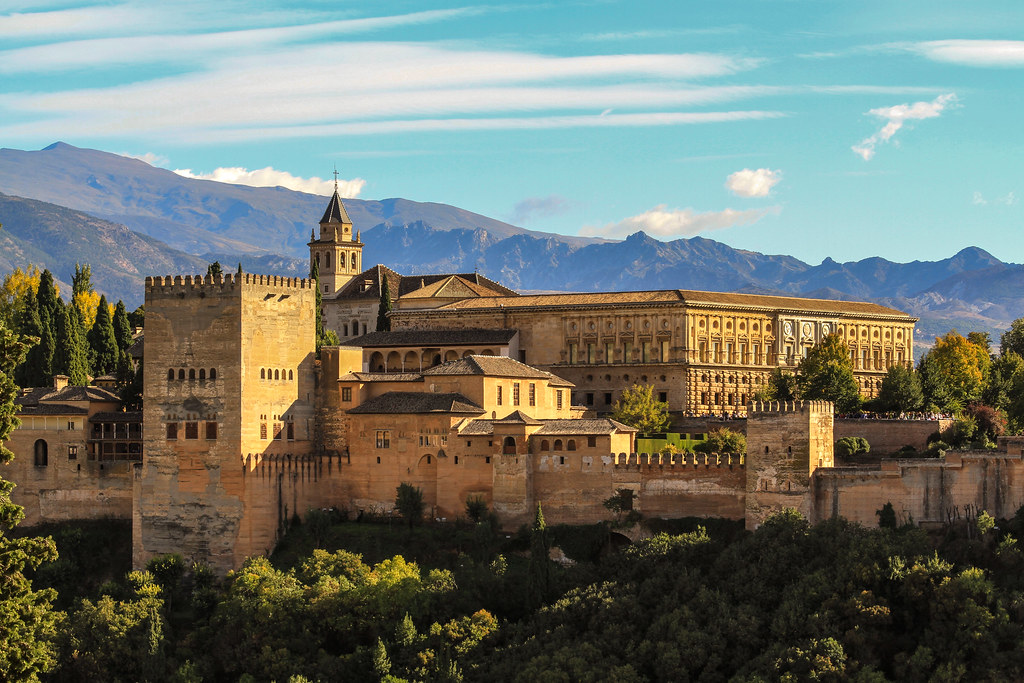 In October, much like the rest of the year in sun-soaked Andalusia, the city’s squares, gardens and streets were crowded with commuters and tourists. Although the Moorish presence in Spain ended in the late 15th century with the Christian Reconquest, the romantic remains of the Arabian fairy tales of One Thousand and One Nights are still visible in the region’s three main citadels and, apparently, still very much missed nowadays.

As a person traveling throughout the Iberian peninsula, the first thing that really stood out to me was how Islamic and Christian architectural patterns sit side by side so naturally that one inevitably ponders what kind of artistic and engineering masterpieces they would have left us with had they teamed up rather than fighting each other.

A testimony to such a rivalry, in Seville’s city center you can see that the cathedral almost faces the Alcazar, the royal palace originally built as a Moorish fort, still bearing an unmistakable Islamic style composed of a mesmerizing ensemble of decorative pastel-colored tiles, crenellated arches, sophisticated calligraphy and green courtyards. When the Christians of Isabella of Castile and Ferdinand of Aragon re-conquered the region, the delicateness of Islamic architecture was replaced by the austerity of a society that made pain and fear its selling points through the Holy Inquisition. It’s our luck that the Catholic monarchs were not entirely insensitive to Moorish romance, preferring to enjoy what the Nasrid dynasties had built instead of erasing it from history. 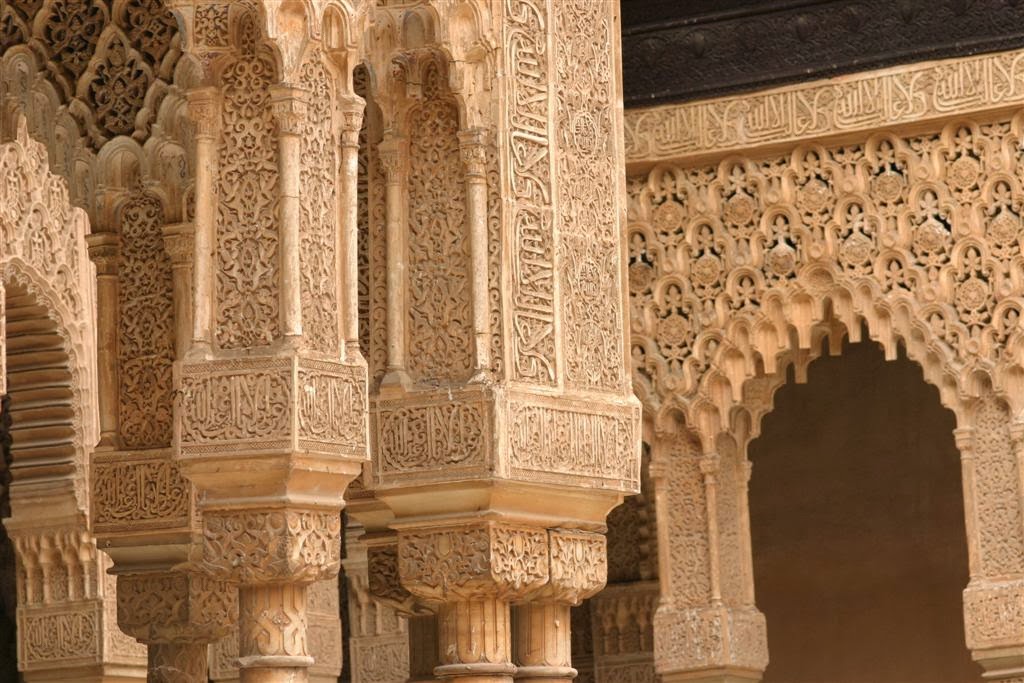 Apart from the fascinating melange of art and civilizations, Seville is also famous for its food. One can barely say one has visited the city if one hadn’t tucked into tapas, for which Seville is proudly one of the best destinations. More than a dish, tapas is a way of eating, certainly the best way to sample a wide range of regional delicacies in one go. Tapas de Sevilla, in Paseo de Catalina de Ribera near Avenida de Menendez Pelayo, is one of the most popular tapas places. Here tourists and locals spontaneously blend with the aid of seafood-based bites such as shrimp salad on a creamy prawn sauce and fried baby squids.

Even though I needed a wrench to tear myself from both the eclectic architecture and the delicious tapas of Seville, after two days it was time to resume my journey and head to the next former Moorish stronghold. If I was convinced I had already seen a perfect example of how Islamic and Christian styles can peacefully coexist, Cordoba made me realize I was still at the beginning of my crash course in Andalusian history. 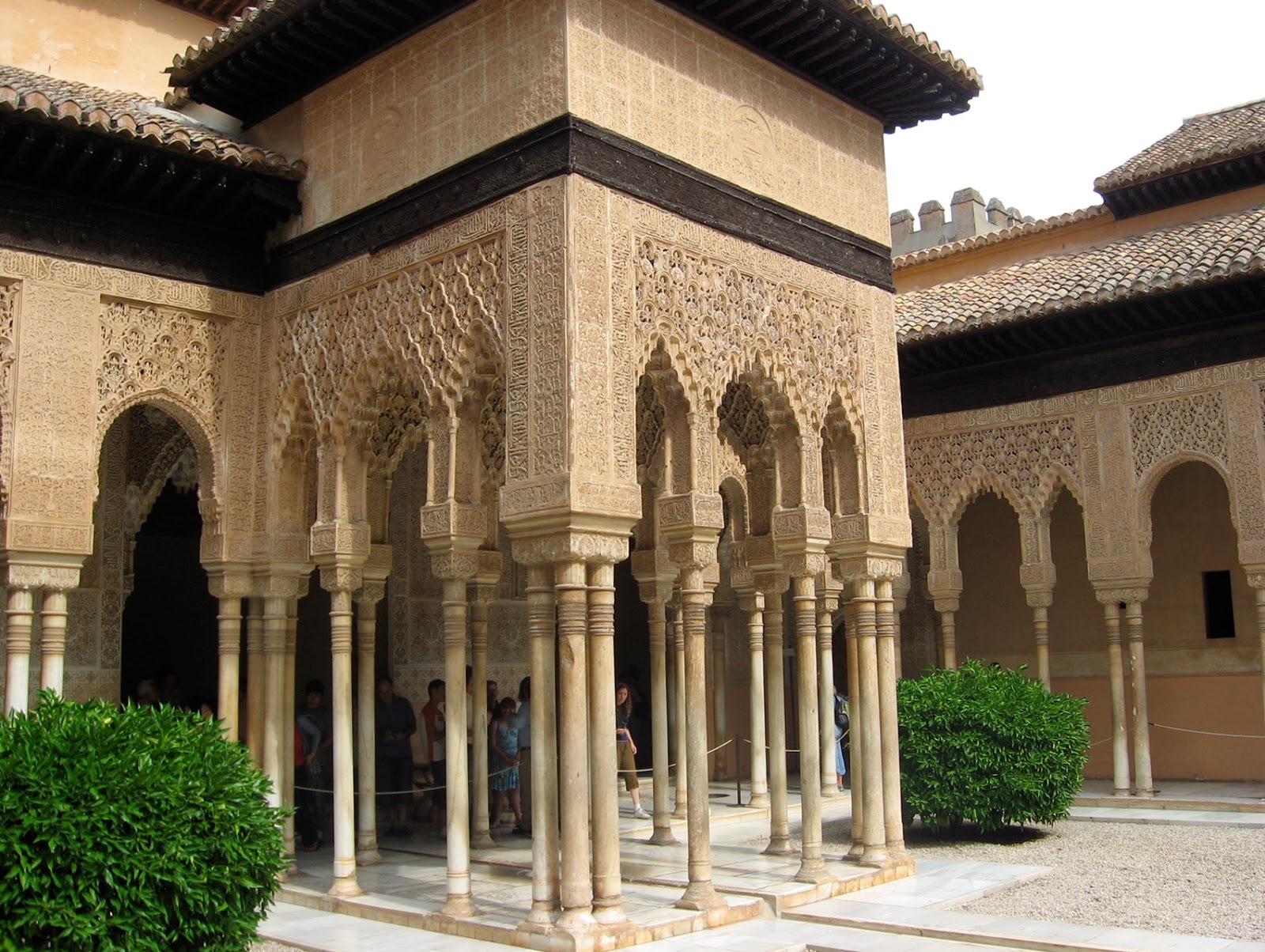 Imagine waking to the sound of the king’s messenger bringing royal announcements to the citizens through narrow streets walked by women in corset-tight dresses darting back and forth with live chickens and fresh veggies just bought at the local market. Then look out of your hotel window in the quaint medieval district of La Juderia in Cordoba, and it will take you a moment to realize what year it is.

The heart of Cordoba has admirably managed to preserve its most authentic original charm from Moorish times, and its cobbled alleys interrupted only by flowery courtyards capture the past of the picturesque barrio. The key to the Moors’ rule was the high degree of tolerance that allowed Muslims, Christians and Jews to live together, sharing traditions and exchanging handicraft expertise. Each and every one of the former civilizations coexisting in Cordoba has left its palpable imprint, with the unadorned synagogue of the silent Jewish community and the Mezquita, a former early Christian church turned into a magnificent mosque and later brought back to Catholic ritual and transformed into a cathedral.

Today the Mezquita, located next to a Roman bridge and the imposing Alcazar, the fortress-residence of the Catholic monarchs, is as fascinating as it gets. A delicate sequence of red-and-white arches standing on grey pillars populates the huge mosque leading up to the space reserved for the dominating Christian altar at its heart.

I went to the Mezquita twice, and each time I had the impression of losing track of time. The fine ornaments and icon-less Islamic decorations seem a gradual introduction to the monumental Catholic section of the building, and each architectural style whirls you back to its own era. The result is that you breathe in the romantic atmosphere that nonetheless has an underlying sense of competition and struggle for power. While the Mezquita enshrines invaluable historical treasures, the streets of Cordoba’s La Juderia make it impossible to resist the cliché of the Spanish siesta, with locals enjoying their tapas and wine on outdoor cafe tables in the evening, a daily starter of their dinner, which never takes place before 10 pm.

My third and last stop in Andalusia was where the Moorish legacy has probably left an even heavier mark. According to Federico Garcia Lorca, Granada’s acclaimed poet, who somehow agreed with our makeshift guide in Seville almost a century in advance, falling into the hands of Catholic Ferdinand and Isabella meant for the region plunging into darkness and despair. The new precepts of intolerance and persecution Inquisition-style brought about the crumbling of a society founded on a cosmopolitan and collaborative ground.

If in Seville Christian and Muslim motifs fiercely face each other and in Cordoba peacefully coexist, Granada’s L’Alhambra is possibly the most emblematic symbol of the struggle and subsequent overlapping of the two powerful civilizations.

Perched on top of a hill and surrounded by local vegetation, L’Alhambra watches over the city from its privileged position where, on clear days, you can even gaze at the snowy peaks of the Sierra Nevada. The last Moorish stronghold to surrender to Catholic monarchs’ unstoppable march in 1492, L’Alhambra never lost its majestic aura. While the intertwining of the Christian, Muslim and Jewish cultures is permanently gone, Granada’s last Nasrid residence, later housing also the palace of Charles V, remains as beautiful today as it was then, and now is no less than an awe-inspiring mansion where you can easily spend a whole day.

There is nowhere like L’Alhambra where one can witness the shift between romantic Arab ornaments and the unadorned style of Charles’ palace. A stroll around the huge complex, in its bewitching gardens, jaunting from the gushing fountains to the lush vegetation best admired in its autumn and spring colors and soaking in sophisticated architecture will stir all your senses and reveal the tangle of personalities that created this masterpiece, somehow still caught between Western and Eastern traditions, as Lorca liked to think.

Apart from L’Alhambra, this East-West spell is experienced also in Granada’s city center, where a colorful and lively Arab souk raises its shutters every day right beside the Catholic cathedral.

Captured between times and civilizations, the former al-Andalus has beguiled writers and artists for centuries, and after visiting the region twice, I can see why. There is something about the feelings its residents still hold for their lost Moorish traditions that is hard to quash, a sensuality and knack for romance that resist the passing of time.

Practical information: The local currency in Spain is the euro. Traveling and eating is not expensive, and often with about 10 euros you can have a real treat, be it tapas or the popular local dish paella. Entering the monuments costs between 10 and 15 euros (about $13 to $20).

What to say: While many tourist areas have English-speaking staff, carrying a dictionary and map is always a good idea as locals are not likely to speak English.

When to go: The best time to visit southern Spain is spring, while from June temperatures get very hot, making sightseeing unpleasant. September through November is also nice, when the blazing heat is gone. The week before Easter, during the so-called Semana Santa Seville, is a theater of fascinating religious events.

Where to stay: In Andalusia you can find all kinds of accommodations, from five-star hotels to budget B&Bs and hostels with prices starting from as little as 10 euros per night.

Transportation: While all three city centers are very walkable, they also have efficient public transportation and cheap taxis. There are buses and trains that regularly connect the three cities several times a day. Both Seville and Granada are served by airports and are connected to Madrid and Barcelona with daily flights.

Originally posted: Land of the Moors