A breathtaking video has been shot over Dubai, as ‘Jetman’ Yves Rossy and his partner soared into the skies using jet-powered wings that can accelerate up to 200kph (124mph).

Award-winning Reffet became the second person in the world to be granted the honor of flying the Jetman wings.

Over the years of his career, Rossy has used around 15 prototypes of the jet-pack, invented by him. Currently, he uses the device that weighs over 50kg (110lb), jumping out of a plane at the height of 2,100 meters (7,000 feet), then free falling to gain speed, and then starting the flight itself. 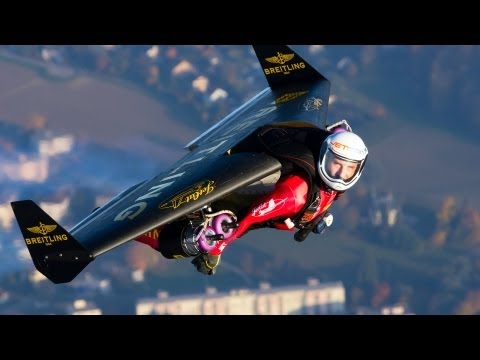 Rossy’s flights usually last for about 15 minutes, and cover over 50km.

“Jetman is the culmination of over 20 years of innovation and has resulted in achieving my personal dream to fly free, soaring through the sky,” Rossy told reporters, as quoted by Forbes.

In December, he flew a remarkable formation with an airplane over Dubai.