Good news if you can’t hold a beat: An app called Steve Reich’s Clapping Music might be able to fix you.

Clapping Music, from the British app shop Touchpress, is a gamified lesson in tempo. It plays 13 different drum-like audio patterns, then asks players to replicate them by tapping on the screen. When you perform the first sequence correctly, you’re automatically promoted a rung. If you can succeed at every level—and that’s a big if, because this game is hard—you win.

Before it was an iOS game, Clapping Music was a piece of music Steve Reich composed in 1972 without instruments. To play it, one person claps out a basic rhythm. A second player joins in but shifts the rhythm slightly and eventually rejoins the first player’s beat. It’s incredibly difficult to do without getting thrown off, but when performed the way it was intended, the clapping creates an ecstatic symphony.

Touchpress created its mobile tutorial after the London Sinfonietta approached the studio with the mission of engaging a new audience with Reich’s material. Alan Martyn, a producer at Touchpress, says the design team quickly realized that a game was the right approach, but that in order to work, it needed to be genuinely fun and not bang-your-head-against-the-wall frustrating—a big risk for a game involving ceaseless tapping. 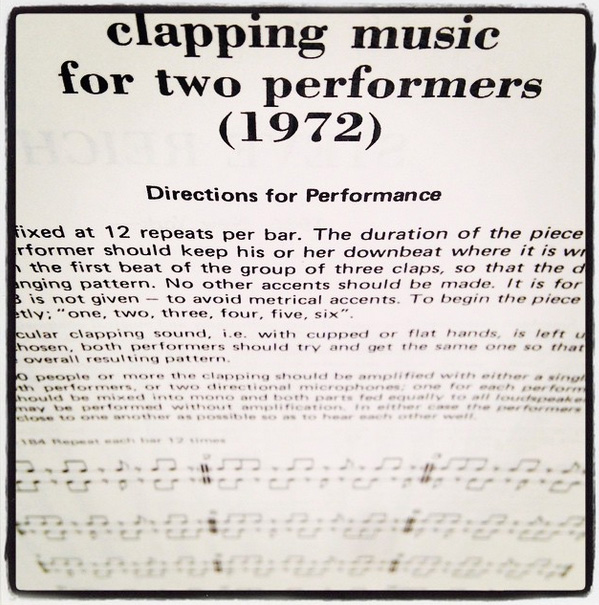 The interface was modeled on a retro arcade game. The main screen look uncannily like Pac-Man, with horizontal rows of pastel dots against a black screen. Each dot is hollow, and when it becomes solid, that’s the cue to tap the rhythm on screen. Like Tetris, the rows cascade down the screen to indicate where you should be focusing your attention. The stripped-down feel is a response to other popular music tutorial games on the market. “Guitar Hero has this overbearing 3-D feeling, and we really wanted to avoid that,” Martyn says. “We wanted it to have the minimum possible visual stimuli, so we would force people to listen while they played the game.”

Martyn says Clapping Music’s players have already logged around 8,000 hours on the app. Eventually, all that data will go to two neuroscientists at Queen Mary University of London studying how the human brain learns and adapts to rhythm. Let’s hope that the researchers find that one’s sense of rhythm really can improve.

Originally posted: Does Your Rhythm Suck? This Addictive Game Can Help